scroll down for more

Captain John Haugh
A very rare view - a trophy not only in Old Conna but won by Michael Neary!
The real Payne
On Days to Remember
× 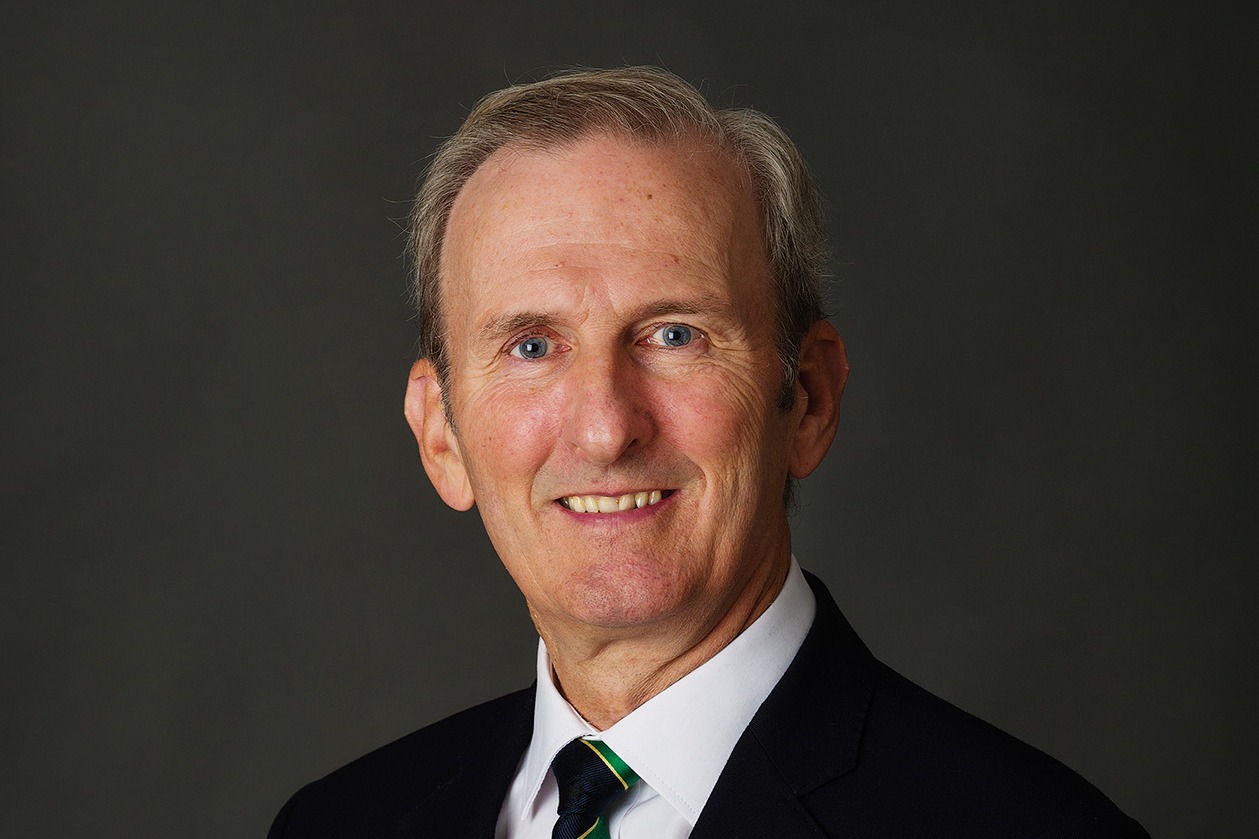 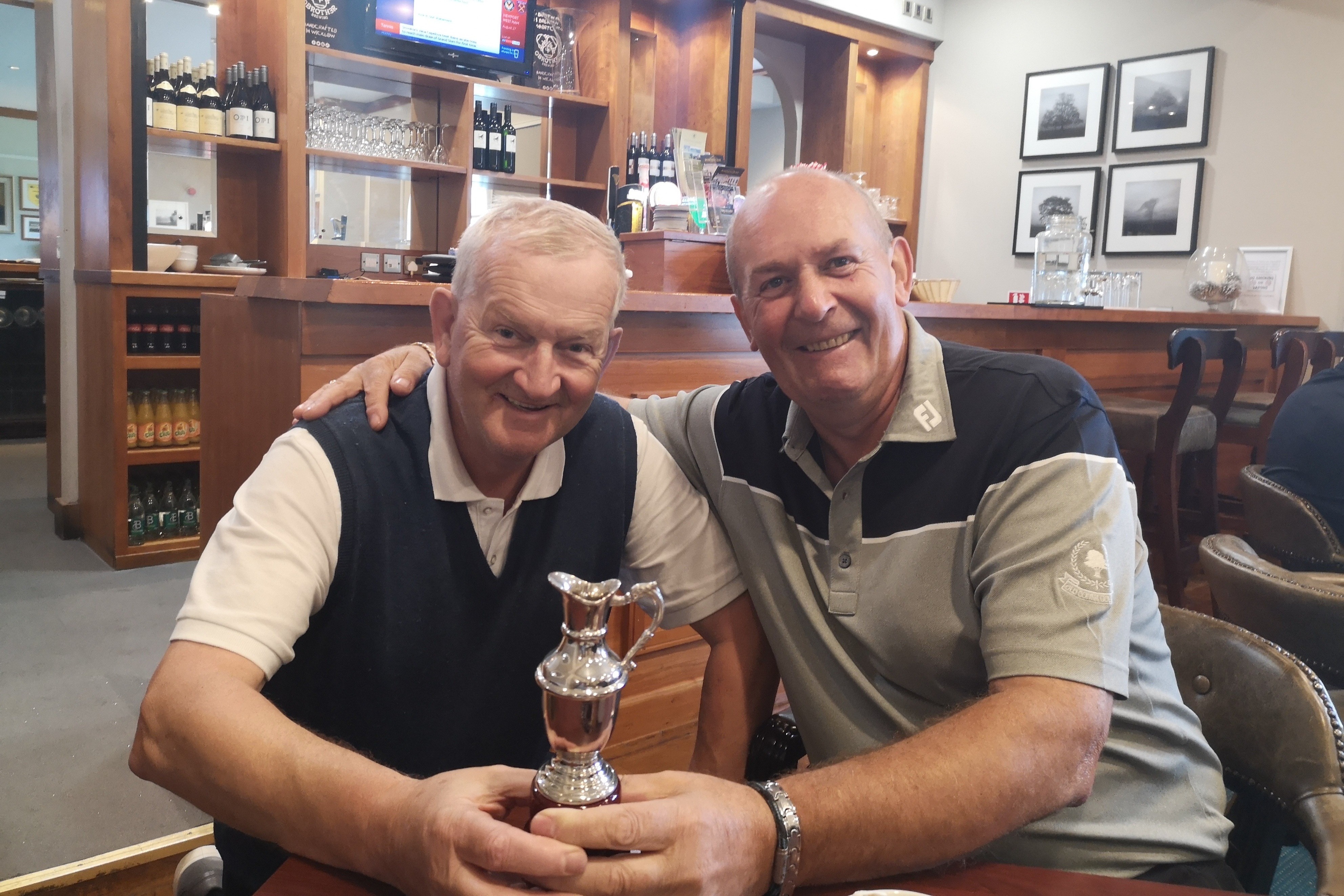 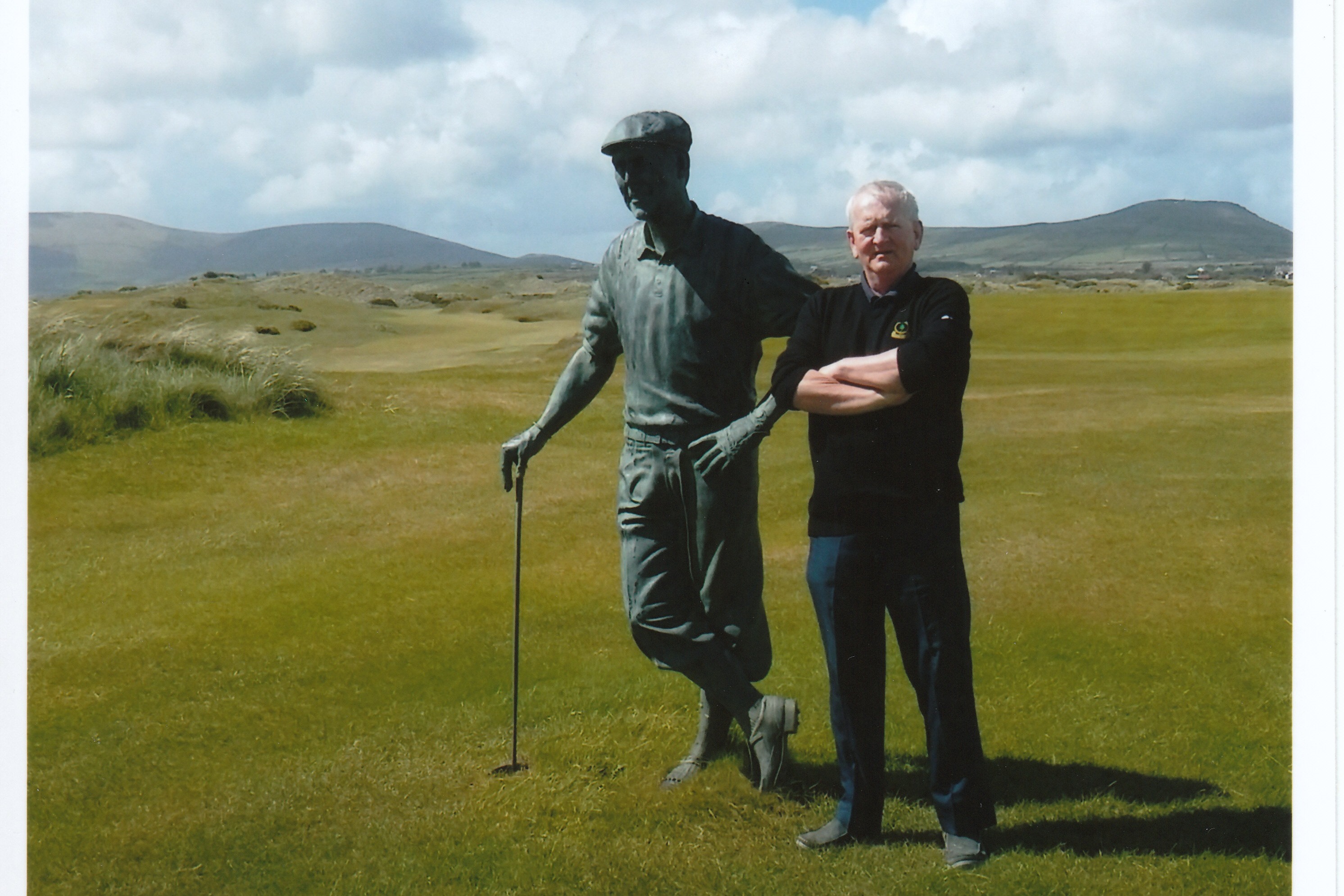 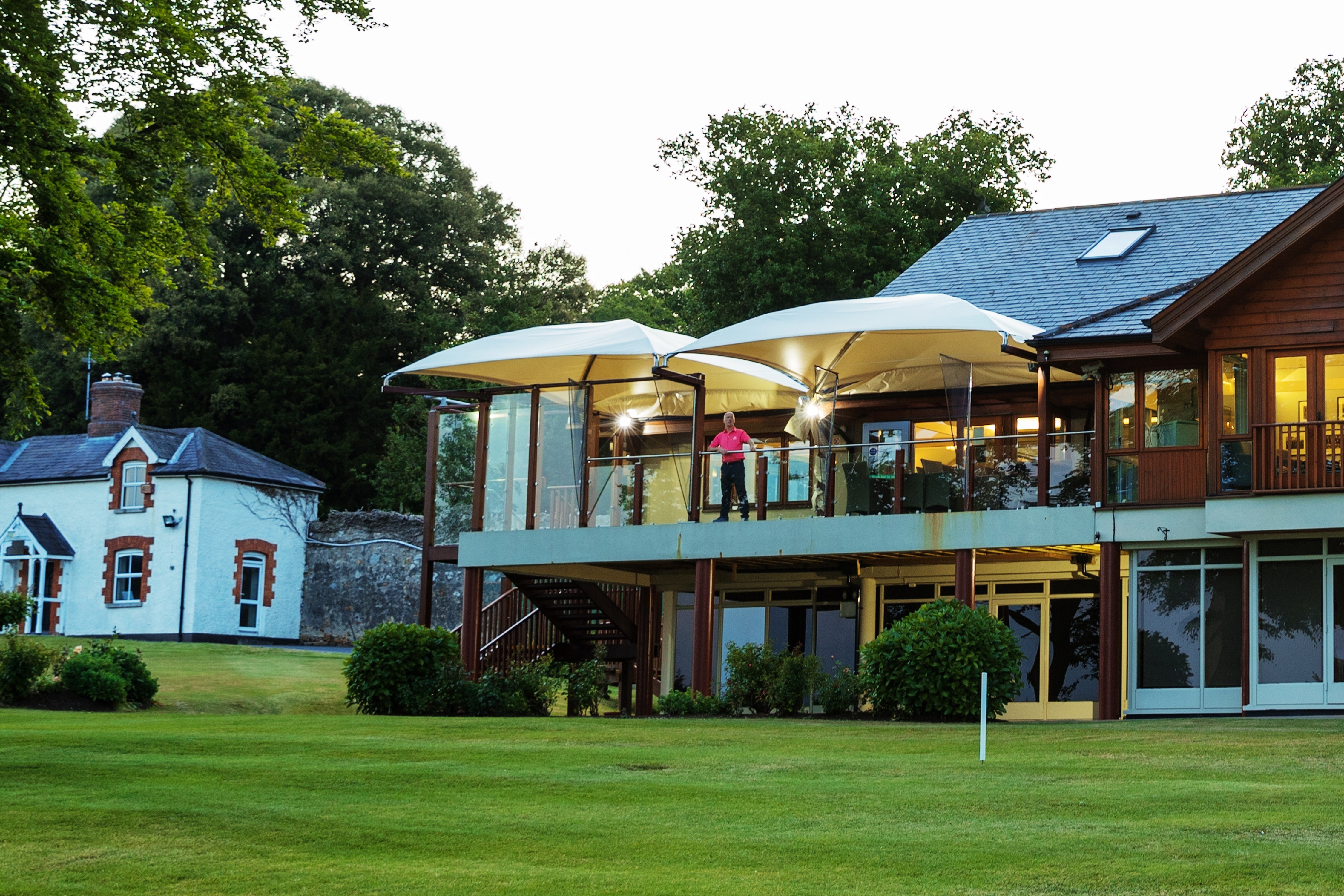 315 players braved the windy conditions in the qualifying rounds of Captain John Haugh's Prize over the weekend of 26th and 27th June. 129 players made the cut to compete in the final day on 3rd July. The final promised to be an exciting affair as 26 players managed par or better from their qualifying round with a further 6 players on 1 over.

Commencing from 07:30 the final day contenders teed it up and hit off into the mist and drizzle on what turned out to be a, grand soft but, perfect day for golf. The gloomy weather could not disguise the pristine condition of the golf course. We are very fortunate to have the services of Head Greenkeeper Dave Curran and his team who once again presented the course in an immaculate condition fitting of the occasion.

The first two groups set a blistering pace and managed to complete the 18 holes in just under 3 hours. The main contenders teed off from 12:50 with the final group clearing the first tee at 14:20. The unfolding action was once again made available to members through the Golf Genius Live Scoring website ably manned by Martin McGovern and his team of on-course and backroom volunteers. Many thanks to all involved for keeping us up to date in a safe and convenient way. We have reports that the action was being followed from bar stools (outdoors obviously) as far away as West Cork.

Captain John must have consulted with the weather gods as the clouds parted and the sun made an appearance just as the final day's play reached a climax.

Early mover, Ronan O'Brien added a 70 to his first round of 76 coming from 94th on the leaderboard to finish in a very creditable 13th overall. Of the later starters Kevin Mulvey made the first significant move by adding a 70 to his first round 74 to finish on level par 144 which was ultimately one better than last year's winner, Kevin O'Toole, and Alan Moroney on 145. Carl Hosford was next to make a move with an impressive final round of 67 to give him a 4 under par 140 and set a tough target for the early leaders. Carl was able to watch from the comfort of the clubhouse while the chasing groups decided his fate.

Kenneth Walsh, Peter Smith, Garry Keogh and Brian Reidy subsequently all finished on 1 under par 143.
Brendan Burke, Swapan Das and David Errity fell tantalisingly short at 3 under par 141.
At 4 under par standing on the 18th tee Marcos Keaney posed the greatest threat to Carl. A birdie on the last would have been enough but unfortunately Marcos had to settle for a par and second place in the countback. So near yet so far.

Carl Hosford began the day in 28th place and worked his way to the top of the leaderboard winning the Captain's Prize thanks to his superior final day score. Captain John Haugh presented the 1st prize and pennant to Carl at the outdoor presentation immediately following the golf.

Captain John thanked Head Greenkeeper Dave Curran and his greenkeeping team for the excellent presentation of the course. He also thanked Ronan Smyth and Marie in the office and bar staff Paddy and Jonathan for their help and patience in staging yet another successful Captain's Prize. He also thanked our 1st tee starters Dave and Ross, our Club Professional Donal Gleeson assisted by Cormac Smyth and our Catering staff under the leadership of Brian Ludlow.

John commented on the perseverance and tenacity of Old Conna staff and Competitions Committee, assisted by the Junior volunteers, in once again overcoming the obstacles posed by the pandemic in staging a successful, competitive and memorable event.

Have a look at our photo gallery below.

A full field of 170 members competed for this year’s Vice Captain’s Prize on Saturday 28th August.

Vice-Captain, Basil Corballis, attended throughout the day, greeting the players and wishing everyone the best of luck. The beautiful late summer weather was perfect for golf and helped produce some impressive scoring. If this is a sample of Basil’s influence with the weather gods we will need plenty of factor 50 for his Captaincy in 2022.

As usual the golf course was in fantastic condition, great credit is due to Head Greenkeeper Dave Curran and his team.

An impressive fifteen players managed par or better. Early clubhouse leader, Joe O’Donnell set the target with an impressive 69 which ultimately finished in third place. Philip Dutton produced the best gross score of the day with 75 strokes giving him 68 nett and second place. Frank Thomas posted a great score of 66 which held on to take the Vice-Captain’s prize despite strong challenges from the chasing field. The Intermediate prize was won by Luke Hedderman with a score of 73.

Many thanks to Vice-Captain Basil for hosting this great competition. We wish him every success in his role of Captain in 2022.

The Final Day of Captain, Peter Deane's, Prize for 2020 took place on Saturday 1st August 2020. A total of 138 qualifiers and past Captains participated in ideal golfing conditions.

As in previous years the excitement of the leaders battling it out down the stretch was captured on screen and online through the Golf Genius live leader board. Many thanks to the volunteers from the Competitions Committees, the Men's Committee and our Junior members who helped us keep the scoreboard up to date by reporting on-course scores as the competition unfolded.

A fantastic par, birdie, birdie on the last three holes by Paul McDonald made for a very exciting finish. He ultimately fell just one stroke short of the, by then, clubhouse leader and eventual winner Kevin O'Toole who effectively sealed the deal with a par on the last hole. A fitting climax to a great competition.

Captain Peter Deane thanked the organising committee and individually thanked each of the volunteers for their efforts. Reference was made to the fact that, despite the very difficult and strange circumstances, the great tradition of the Old Conna Captain's Prize Final Day persevered and that 2020 will be remembered as a year of triumph over adversity. Peter presented his Captain's Prize to the Winner Kevin O'Toole. Prizes were also presented to the runners-up and to the winners of each day of the qualifying and final competitions.